by Rockwell Sands @ 07:19pm PDT, August 31, 2020
Committee of Oversight and Reform wants DeJoy to release documents on mail delays and communication with President Trump's reelection campaign; USPS will provide weekly service data through the end of 2020

Although Postmaster General DeJoy testified before the House Committee on Oversight and Reform last week, scrutiny on him and USPS isn’t letting up. This coming Wednesday, September 2nd, a House panel plans to subpoena DeJoy—and potentially, the USPS Board of Governors—in order to obtain documents pertaining to recent mail slowdowns. Congresswoman Carolyn Maloney (D-NY) plans to issue the subpoena. In accordance with committee precedent, Maloney must give Rep. James Comer of Kentucky, the ranking republican on the committee, 48 hours to provide input. DeJoy and the Board of Governors, if subpoenaed, will have until September 16th to comply.

During a hearing on Monday, August 24th, DeJoy denied the House panel’s request for records. Then, on Friday, two days after the Committee’s deadline, DeJoy notified Congresswoman Maloney that he wouldn’t provide records voluntarily. DeJoy also denied a similar request for documents from the Senate Homeland Security and Government Affairs Committee. He testified before them on August 21st via videoconference, and you can watch the full video of the hearing here.

“In light of your refusal to produce documents in response to other members of Congress, I am now writing in my capacity as chairwoman of the Committee on Oversight and Reform to make a number of requests for documents and information. I am also requesting, on behalf of the Committee, additional documents sought during your recent testimony before the Committee on August 24, 2020, and by members of our committee and others. If there are any questions about whether you are legally authorized to produce these documents, please let the Committee know, and we will issue a subpoena to resolve these doubts and compel their production.”

In an official response letter that Postmaster General DeJoy penned to both the Senate Committee on Homeland Security and Government Affairs and the House Committee on Oversight and Reform on August 31st, DeJoy wrote the following:

“As requested, in addition to the information attached, we will provide the House and Senate oversight committees with ongoing service performance data on a weekly basis through the end of the year…I am ultimately accountable for the decisions I have made as Postmaster General and will provide the data necessary for the members of the committees to assess ongoing performance improvements.”

Data Shows On-Time Delivery is Trending Back to Normal Levels

Shortly after he took office, DeJoy implemented certain cost-cutting measures in order to steer USPS back to financial stability. One such measure was curtailing late deliveries, and making sure postal workers ended their working day by a certain time. According to DeJoy, adhering to a stricter working schedule would save USPS roughly $200 million per year in unnecessary costs. It’s true that adhering to a stricter schedule resulted in longer delivery times across some of the Postal Service’s network at first. However, USPS recently released data that shows on-time performance beginning to rebound in mid-August. The following chart shows on-time delivery trending upwards towards more normal levels beginning on 8/15/2020:

Speaking to the recent performance improvement, Postmaster General DeJoy provided this quote in the response letter linked above:

“This recovery took place while still adhering to our existing transportation schedules. In other words, we are improving service performance while more consistently running our trucks on time.” 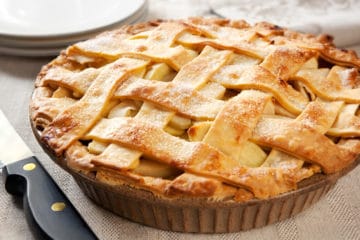