After a long journey to reform its finances, the US Postal Service can now walk towards the light at the end of the proverbial tunnel. When President Biden was elected at the end of 2020, he promised to save USPS, and he has made good on his word. President Biden signed the Postal Reform Act into law on April 6th, 2022. This act ushers in the most significant changes to the laws that govern USPS in sixteen years.

President Biden Has Signed Postal Reform Bill into Law…What’s Next?

The major reforms in the new Postal Service reform law are mostly related to the Postal Service’s balance sheet. That said, it also includes a number of changes that will impact USPS itself, shippers, mailers, and US citizens. We’ve laid out the most significant changes in the act below.

The new law repeals the 2006 Congressional mandate that required USPS to pre-fund its retiree health benefit liabilities well into the future. It also absolves USPS of the $57 billion in debt the organization hasn’t paid since 2012. Repealing the pre-funding mandate not only eliminates this $57 billion in past-due liabilities, but also $50 billion in future payments. Lawmakers and postal executives expect this fix will save USPS $107 billion over the next 10 years .

Future postal retirees will remain in the Federal Employee Health Benefit Program (FEHBP) in retirement. However, the law requires them to also now enroll in Medicare Parts A and B when they become eligible.

According to the act, the Postal Service must deliver mail and parcels six days a week. USPS won’t deliver six days per week on weeks with federal holidays. USPS must also “maintain an integrated network for delivery of market-dominant and competitive products.”

The Postal Service must set service performance targets for each product within 60 days of the start of each fiscal year. In addition, USPS must establish a public dashboard which displays service performance of Market Dominant products (aka mailing services) on a weekly basis.

As long as USPS meets certain conditions, the Postal Service can work with state, local, and tribal governments to provide non-postal services to the public to generate additional revenue.

The PRC and OIG will do a joint-operation to study and reform “Flats” services. PRC will conduct cost attribution study, which includes underlying methodologies. USPS will also need to meet a host of new reporting requirements on finances, volumes, operations, and more. 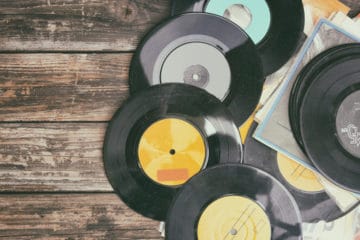