Learn about the UPU and how it affects your daily life Grab these resources for this guide

Ever heard of the Universal Postal Union (or UPU, for short)? Chances are, you probably haven’t—and that’s okay! This organization has been around for over 144 years and has flown under the radar the whole time…until now. A couple of weeks prior to the time of publishing this article, President Trump threatened to pull out of the UPU as one of the latest strategic chess moves in the ongoing trade war between the United States and China. Withdrawing from the UPU could pose a lot of problems for us if it ever actually happens. Let’s talk about it.

What is the Universal Postal Union?

To put it simply, the Universal Postal Union is a 144 year-old international organization that makes the global postal system run smoothly. Think of UPU kind of like The Wizard of Oz—they coordinate and oversee the whole world’s postal policy from behind the scenes. Their existence is the reason you can send a postcard to California from a European backpacking excursion. Without the UPU and its regulations, international shipping costs would be OUTRAGEOUS and incredibly complicated. You get the picture.

How Does the Universal Postal Union Work?

In layman’s terms, the UPU is the glue that holds the international postal system together. They handle all the complexities of sending things between countries, and they make it easier to do so. With the UPU, all international postal policies are under one roof. Therefore, countries don’t have to sign loads of treaties and agreements with each other to ship back and forth. Additionally, the UPU sets standards that every country follows, like making sure that shipping barcodes work throughout the world. The UPU also oversees rates and fees, and that’s what the Trump administration considered unfair—especially when it comes to China.

Let’s say you live in California and you order a pair of shoes from China. China’s postal operator is supposed to pay the United States’ postal operator for the cost of processing that parcel. China’s postal operator is also supposed to cover the cost of having someone transport those shoes all the way to your address. In essence, China is supposed to pay for shipping. However, the shipping rates China (and some other countries) are currently paying don’t meet the actual cost of delivering those shoes, so the United States is stuck footing the bill to pay for the difference. If you think that doesn’t sound quite fair, you’re not alone. Neither did former President Trump.

At the time he was President, Trump threatened to pull out! To put simply, the Trump administration maintained that China was receiving too big of a discount on its exported goods. That’s not exactly incorrect, either. Back in the 1960’s, the UPU granted shipping discounts to a list of developing countries to help foster the global economy. China was one of those countries, and despite its current position as an emerging global power, China is still on that list. That means the US is basically paying for China’s cheap overseas shipping, specifically on parcels 4.4 pounds or lighter.

To ballpark it, the Trump administration claimed these discounted rates that China is enjoying are costing the United States upwards of $300 million per year. The numbers are out of whack, and that’s a fact. However, Trump’s solution was not for the United States to reach a new agreement within the Universal Postal Union. It was to withdraw from the UPU altogether.

Update: the United States opted to stay in the Universal Postal Union during President Trump’s time in office, although some changes were enacted. Learn more about the UPU changes here.

Simply put, the United States is an enormous part of the international postal system. If the US pulls out of the UPU, the global postal system would very well go…well, postal. Being outside of the UPU would create huge transaction costs for the United States and any country that does business with us (which is a TON of countries, in case you wondering). We’re talking billions of dollars in transaction costs, with a capital “B.”

If the United States ever withdrew from the UPU, there would be a very good chance that our international shipping rates would skyrocket. Therefore, if you’re running an eCommerce business that ships internationally, that means more money could be coming out of your pocket. A lot more money. How to Ship Baby Formula: A Complete Guide to Sending & Packaging Formula
When shipping baby formula, you should always use a box instead of an envelope, and opt for a speedy service such as Priority Mail or Priority Mail Express. Read more about packaging and sending formula! 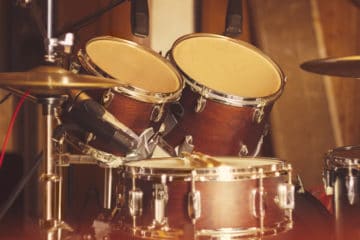