by Rockwell Sands @ 03:21pm PDT, August 25, 2020
Postal Service "cash crisis" doesn't take into account the hundreds of billions sitting in pension funds, and the fact that USPS can only invest in Treasury bonds

As the 2020 election looms closer, more eyes are on USPS than ever. Many Americans worry that relying on mail will impede votes, even though evidence supports that USPS can handle every mail-in ballot in this year’s election. The House of Representatives recently passed a bill to grant USPS $25 billion, and then Postmaster Louis DeJoy testified before Congress to address the organization’s cash crisis (and reiterate he isn’t politicizing USPS for President Trump’s gain). Amidst all the conflicting reports, it’s true that the Postal Service is in bad financial standing. This is due to pre-funding legislation enacted in 2006, which is the real reason why USPS keeps losing money every year. However, while citizens worry about the financial health of the Postal Service, the public doesn’t know just how much money USPS is sitting on in their pension funds…and how much that money could be growing if invested properly.

If you ask anyone about USPS, you’ll likely hear something along the lines of how the organization needs to be saved. While this viewpoint isn’t 100% incorrect, it’s not taking the full picture into account. Unfortunately, mainstream news outlets have painted USPS as an organization that could go belly-up at any minute without serious aid. The truth is, USPS is sitting on two enormous pension funds, and the media has left out just how much cash these funds contain.

One of these USPS pension funds is worth around $270 billion, which pays out to over 500,000 former USPS employees. The second pension fund, established by the Postal Accountability and Enhancement Act of 2006, contains roughly $42 billion.

Altogether, the cash in these two pension funds amounts to nearly $312 billion in investible capital. The problem is, due to laws that Congress passed, USPS can’t invest this capital in a normal way. By law, USPS can only invest in Treasury bonds instead of other assets like normal pension funds can invest in…and right now, Treasury bonds are at the bottom of the financial food chain.

Coincidentally, Treasury bonds are one of the lowest-returning investments one can make in the current economy. Treasury bonds are historically “risk averse” investments that offer an interest rate determined by the Federal Funds Rate. At the time of publishing his article, the Federal Funds Rate is the lowest it has ever been, which you can see in the following chart from Macro Trends:

Currently, the Federal Funds Rate is 0.09%. That means that each Treasury bond an investor purchases returns just 0.09% of the total investment. Speaking candidly, this rock-bottom percentage makes Treasury bonds one of the worst assets out there in terms of Return on Investment (or “ROI”).

If these restrictive laws were lifted (or, at the very least, altered), then USPS could invest the massive amount of money in their pension funds into higher-yielding assets than just Treasury bonds. As a result, the Postal Service’s pensions would act like any other corporation’s pension fund, and USPS would be in much better financial shape.

To see how much money USPS pension funds could be generating, let’s imagine a quick example. We’ll look at an ETF (exchange traded fund) called SPY, which tracks the activity of the S&P 500. The S&P 500 is generally the index most widely used to measure overall stock market health, and SPY is the largest ETF in the world. Over the past five years since August 2015, SPY has returned a total of 72%.

For argument’s sake, let’s say USPS had allotted $150 billion into the SPY ETF starting in 2015. Why $150 billion? $150 billion represents just under 50% of the total amount in its pension funds, and normal pension funds don’t put 100% of their cash to use. A more typical asset breakdown in a corporate pension fund may look like this:

If USPS had made this particular investment to deploy roughly 50% of the cash in its pension funds, it would have enjoyed the same total rate of return of 72%. 72% of $150 billion is $108 billion, which would have turned the Postal Service’s original $150 billion into $258 billion.

For context, $258 billion is more than the total value of Starbucks, Uber, Twitter, and Snapchat…combined.

Ever since he took office, President Trump has highlighted how bad the Postal Service’s financial situation is. On more than one occasion, he has advocated for USPS to raise package prices in order to generate more revenue. However, this simple “solution” isn’t the answer. Raising package prices would cripple the millions of small businesses and individuals that rely on USPS every day. The truth is, USPS could generate massive amounts of revenue without raising prices and hurting small businesses. Embracing Wall Street to properly invest the cash in its pension funds might be the golden ticket.

Take the hypothetical investment example above. Returning $108 billion dollars on a $150 billion initial investment would render any payments USPS is currently required to make to the Treasury utterly insignificant. Under current laws, USPS must pay the Treasury several billion dollars each quarter. A normal rate of return on their enormous pension funds would cover these expenses. The past few years, USPS has defaulted on these payments anyway, because it simply can’t make them and stay operational. However, if USPS didn’t have to make any pre-funding payments in the first place, the organization wouldn’t even be facing operating at a loss like it is now.

Being able to invest these USPS pension funds like a normal pension fund would effectively solve all of the Postal Service’s financial problems. With that said, this argument brings one resounding question to mind:

Why did Congress enact these laws that restrict USPS from investing their pension funds normally in the first place? 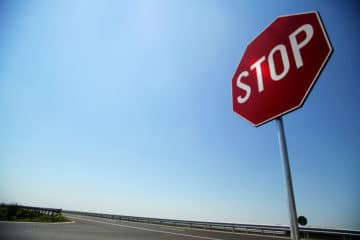