by Rockwell Sands @ 10:10am PDT, June 10, 2019
Amazon CEO of Consumer Jeff Wilke revealed at Amazon's re:Mars conference that Prime drones will take to the skies later this year

Even more robots are coming! Last week, Amazon unveiled their fully electric delivery drones at the Amazon re:Mars AI & ML Conference in Las Vegas, NV. During the conference’s keynote speech, CEO of Worldwide Consumer Jeff Wilke revealed that the new Amazon drones will begin delivering packages to customers’ doorsteps “within months.” Keep your eyes peeled up above, because your next Amazon package might be literally falling from the sky!

The Specs of Amazon’s Drones

Amazon’s delivery drones can hold up to 5 lbs in weight and fly up to 15 miles. According to Wilkes, the drones use advanced thermal, sonic, and visual sensors to aid their flight. The sensors also help the drones avoid stationary and moving objects.

In addition, Wilkes added that the drones won’t land on the ground unless the area is completely clear. The drones will also use computer vision to identify wires so they don’t accidentally run into power lines whenever ascending or descending.

If you’re curious to see the drones in action, check out this test flight video.

Amazon isn’t the only company out there that’s getting into the delivery drone game. In fact, they are just one of many, and some competitors are even further ahead.

Will I See Amazon’s Drones In My Neighborhood?

Everyone wants to catch a glimpse of Amazon’s Prime delivery drones. However, we’re not sure as of yet where the drones will be delivering packages…and neither is Amazon. During his speech, Wilkes didn’t specify which parts of the world the company is planning on rolling out the drones. As of now, Amazon has only tested the drones in the a small area of the United Kingdom.

Meanwhile, Amazon recently broke ground on a Prime airport in Kentucky that will serve as the company’s centralized hub for package transport in America. Between that new air hub and rolling out electric delivery drones, the eCommerce behemoth may be well on its way to making one-day shipping a reality for all of its American customers. A Beginner’s Guide to Zero Waste Shipping
Zero-waste shipping is a growing trend in eCommerce, as we work to save our planet. Learn more about how to begin wasting less and shipping sustainably. 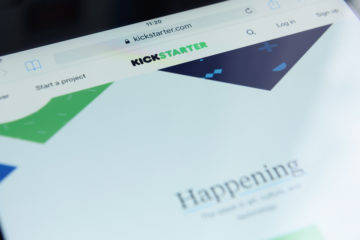 Shipping Kickstarter Rewards: Six Tips and Tricks
Shipping out rewards can be the most harrowing part of a Kickstarter campaign, and can cost unexpected amounts of money if you don't know what you're doing.