All eyes are on the Universal Postal Union in the next 24 hours, as the UPU Extraordinary Congress moves closer to a decision that will determine the immediate future of international shipping. Earlier today, the Extraordinary Congress officially rejected Option B, one of the three proposals set forth by the UPU with the hopes of leveling the international shipping playing field.

Why the Extraordinary Congress Rejected Option B

Option B motioned for all countries in the UPU to self-declare rates instead of following the current UPU framework. However, while Option B was the proposal most favored by the Trump Administration, the Extraordinary Congress saw otherwise. The vote tally for Option B resulted in 78 no’s, 57 yes’s, and 9 abstains.

If Option B had passed, then UPU countries would be able increase their delivery rates to up to high percentage of their domestic costs. This change would have gone into effect starting in January 2020. The UPU would have also imposed specific rate ceilings on different countries, so rates would have varied across the board. Critics argued that Option B would produce rate shock and market loss from sudden price spikes across the globe, which led to its rejection.

The Two Remaining Options: A and C

Since the UPU Extraordinary Congress officially rejected Option B, only two options remain: A and C. These two options go up for vote in Geneva tomorrow (September 25th, 2019).

Option A is simple: nothing will change. All member countries in the UPU will continue to ship at their designated rates. As a result, countries such as China will keep taking advantage of unfairly subsidized international exports.

Option C and its Amendments

As of now, member countries of the UPU are on other sides of the fence in regards to Option C. Option C is a middle ground where postal carriers in each UPU member country would enact yearly percentage increases from 2021 through 2025, until they reach 70% of their domestic rate.

The United States has proposed an amendment nicknamed “America First” to Option C. If enacted, this amendment would allow the United States to skip the transition period and impose the 70% ceiling rate on July 1, 2020.

Brazil, with Italy’s support, is also offering an amendment that would double the annual percentage increases in Option C. This amendment would shorten the transition period to the 70% ceiling rate for most countries. Brazil’s amendment is referred to as the “C-plus” proposal.

France and Germany, with China’s support, have proposed an amendment that would cut annual percentage increases in Option C by nearly half. This amendment would prevent a large number of countries from reaching the 70% ceiling rate by 2025. France and Germany’s amendment is referred to as the “C-minus” proposal.

The United States Will Never Agree to Option A

Option A is simply business as usual around the UPU, and the United States has made clear this option is unacceptable. If the UPU adopts a proposal that the United States doesn’t agree with, then the U.S. will formally withdraw from the Universal Postal Union on October 17th.

As it is currently nighttime in Geneva, the vote for either Option A or C approaches ever closer. Tomorrow is the United States’ last chance to agree to a proposal set forth by the Extraordinary Congress. The results of this vote will ultimately decide whether the United States will remain in the UPU or withdraw. 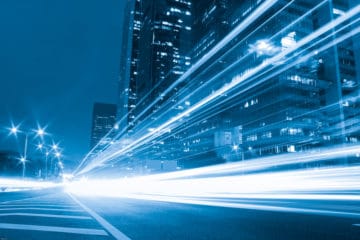