Carol Tomé began her career at UPS on the Board of Directors in 2003. She’s now been appointed as the first female CEO to lead the company.

UPS (NYSE: UPS) prepares for their 12th CEO to take leadership in June. Carol Tomé is the first female Chief Executive Officer appointed to lead UPS as David Abney (current CEO and Chairman) steps down. Abney will be transitioning out of this position as he moves towards his formal retirement in September 2020. This news comes shortly after FedEx elected their first ever female CEO in February 2020.

Carol Tomé earned her communications degree from the University of Wyoming, then completed her Masters in Finance at the University of Denver. She joined The Home Depot as Vice President and Treasurer in 1995 with this education. Tomé then moved her way up to earn the positions of Chief Financial Officer and Executive Vice President. She left her positions at the leading home improvement retailer after 18 years. Her impact during her time at the company was a growth of 450% in The Home Depot’s shareholder value.

She later joined the UPS Board of Directors in 2003, then began her service as Chairperson of the Audit Committee. As a result, she’s deeply knowledgeable and extremely practiced in UPS’s business and growth trajectory. In light of her achievements, it’s clear why UPS appointed Tomé as their first female CEO.

Tomé is excited to continue to build on Abney’s work as CEO:

“I look forward to working with and further developing the talented management team and the company’s 495,000 employees to deliver for our customers and shareowners.”

Tomé noted that she will look to foundational company culture and values as she leads UPS in a direction of growth. Her approach to leadership of this industry leading company is crucial in UPS’s growth in the coming years. While there is still a lack of female CEOs of the Fortune 500 companies, Tomé’s appointment as UPS’s first female CEO is a step in the right direction. 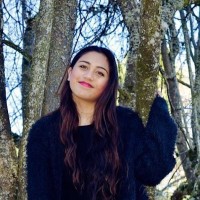 About the Author
Celia Jain is an expert in small business shipping, having helped thousands of eCommerce startups navigate the world of shipping. She’s passionate about researching the shipping industry and making complex information easy to digest, and is proud to help Shipping School’s mission of creating a place with everything you need to know about shipping.